Alexis joined the Asia Philanthropy Circle as an Intern in January 2021. Prior to joining APC, she interned at the Ministry of Social and Family Development, as well as Singapore’s leading civil society organisation Association of Women for Action and Research (AWARE) under their Research, Advocacy and Communications Department. With a keen interest in social issues, she regularly volunteers with various organisations working with diverse beneficiaries, but most consistently enjoys working in the area of education to improve children’s literacy.

In her spare time, she likes to tell people she enjoys literature, so she sometimes reads good books. Alexis is currently pursuing her undergraduate degree in Sociology at the National University of Singapore, where she has been awarded the NUS Merit Scholarship. 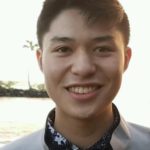 Bradley Wo joins APC as a Senior Associate.  Bradley completed his master’s degree in China Studies at the Yenching Academy of Peking University in 2019 with a thesis titled “Charitable China: An Analysis of the Top 50 Philanthropists”.  He is excited to continue working with Asian philanthropy in his new role at APC.

Originally from Hawaii, Bradley has worked at foundations, non-profits, and international development aid organisations in the US and Asia.  He has also co-founded the non-profit, Learning Across Borders, to grow environmental education opportunities for students in the Asia-Pacific region.  Bradley has received a B.S. in Science, Technology, and Sociology from Stanford University and participated in International Honours Programme’s Social Entrepreneurship Programme in Brazil, India, and Uganda.  A newcomer to Singapore, he is exploring as many aspects of Singapore’s amazing food culture as he can. 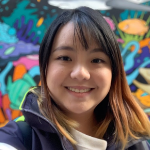 Chai Ning joined the Asia Philanthropy Circle as an Impact Associate in February 2021. She has a diverse range of volunteering experiences with grassroots organisations around the world, including improving community nutrition and farming programmes with Malawi Schools Permaculture Clubs, coordinating volunteers to promote walking as a form of sustainable transportation with Feet First in Seattle and leading a lunchbox rental project at the National University of Singapore to reduce the use of disposables. While her topical interests are broad, they are brought together by her passion for using innovative and systems thinking tools to create positive change in communities.

Chai Ning graduated from the University of Reading with a Master’s in Food Security and Development in 2020 and also holds a Bachelor of Environmental Studies degree from the National University of Singapore. Elaine is Operations Manager at the Asia Philanthropy Circle.  She has extensive experience in human resource, office management and quality management system in various sectors to include education, manufacturing, consulting and IT.

Before moving to Singapore, she headed the HR, Administration and Quality departments of a systems integration company in Malaysia.  She also led the company into achieving its ISO 9001 Accredited Certification and maintaining it thereafter.  Prior to joining APC, she worked for the Asian Venture Philanthropy Network’s Chairman for three years before joining their Singapore office as Office Manager.

In her free time, she goes to the gym, enjoys music and movies. Laurence Lien is Co-Founder and CEO of the Asia Philanthropy Circle.

Laurence is also the Chairman of Lien Foundation, a family foundation established in 1980.  Under his leadership, Lien Foundation has become well-regarded for its forward-thinking and radical approach in the fields of education, eldercare and the environment.

Laurence was the CEO of the National Volunteer & Philanthropy Centre in Singapore from 2008-2014.  In 2008, he founded the Community Foundation of Singapore and was its Chairman from 2013-2019.  He is also Board Member of the Lien Centre for Social Innovation at the Singapore Management University.

Prior to his work in the non-profit sector, Laurence served in the Singapore Administrative Service, which forms the top echelon of public service leaders in Singapore.  Laurence holds degrees from Oxford University, the National University of Singapore, and Harvard University’s Kennedy School of Government.  In 2010, Laurence was awarded the Eisenhower Fellowship.  He was also a Nominated Member of Parliament in Singapore from 2012-2014. 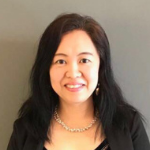 Li Li joined APC as Manager, Finance and Governance.  She has held leadership positions in several nonprofits ranging from children and youth sector, special needs and mental health sector.  Li Li’s passion lies in the nonprofit sector and she volunteers during her free time.  She is one of the many volunteer mentors with Centre for Nonprofit Leadership providing mentorship to aspiring new leaders, and she also chairs one of Kaplan’s Industry Boards to provide guidance and inputs on latest industry trends.

Prior to joining the Social Service sector in 2006, Li Li spent 12 years in the corporate world, and held key roles in multinational corporations and also led finance teams in a regional headquarter based in Singapore, setting up finance structure and accounting systems in the region.

Li Li holds a Bachelor in Business and Business Administration from RMIT University and has completed an executive Leadership programme in Nonprofits from Duke University. 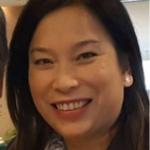 Margie is the CEO of Thoughts In Gear, a sustainability and social impact consulting firm. She works with corporations to include sustainability and ESG principles into their core business; and with non-profits for strategic and systemic impact. Her goal is to translate good sustainability ideas into clear strategic frameworks, roadmaps, and executable action plans. Her team also works closely on reporting and measurement to global standards in ensuring that impact is well defined, tracked, and reported upon.

Graduating as an electrical engineer, Margie has Sustainability Leadership certification with the London Business School. Before founding TIG, she honed her work experience with The Boston Consulting Group, Intel, HCL, and the CIMB Foundation.

TIG’s achievements include setting up Southeast Asia’s first Sustainability Accelerator, producing Asia’s Best Sustainability Strategy and Report, setting up Southeast Asia’s largest Collective Impact Initiative for education, producing a Harvard-commended SROI Analysis for public health which has been implemented across 8 countries and published globally on AIDF, and most recently producing a COVID-19 Vaccine Management Country Guide that has been used across the world. 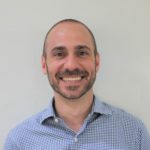 Prior to relocating to Singapore and joining APC, Mark was based in Jakarta, Indonesia, where he co-founded and served as the director of SOLIDARITAS, an Indonesian social enterprise providing advisory, consulting and training services to the non-profit, development, and public sectors.

Mark’s experience prior to founding SOLIDARITAS includes developing the performance and impact assessment systems for a flagship USAID governance programme in Indonesia, establishing the IPA/J-PAL country office in Sierra Leone, and managing a survey of Ghanaian cocoa farmers for Oxford University. 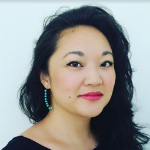 Mimi is a partner at Raise Partners, a consulting practice that helps non-profits, philanthropists, private sector, and governments work together to achieve their highest social and environmental impact.

Mimi is considered one of the leading experts on Vietnamese trafficking and modern slavery and provides commentary for outlets such as The Washington Post, The Guardian, Forced Migration Review, BBC, Le Monde, Reuters, AP, VICE News, the South China Morning Post, and Sky News.

Mimi holds an MPA in International Policy from the New York University and is a native of Flint, Michigan. She has been based in Vietnam since 2006. 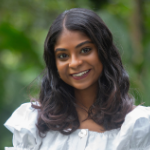 Mira joined Asia Philanthropy Circle as a Senior Impact Associate in January 2021. In her previous capacity, she was a Research and Evaluation Associate at the Centre for Evidence and Implementation where she worked with government agencies and foundations to assess the efficacy of interventions and their implementation, thereby promoting policy and service decisions that have the best chances of succeeding.

Mira holds a BA (Hons) in Psychological and Behavioural Sciences from the University of Cambridge. She has co-directed the PACE Schools programme for the past five years, investing in education and library initiatives in rural areas of Myanmar and Cambodia.  In the private sector, Natalie has worked in investment banking at Deutsche Bank, equity research at Morgan Stanley, and private equity consulting at Kurt Salmon Associates.

She has a degree in Chemical Engineering from Princeton University. 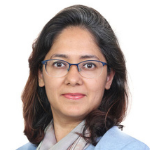 With over 15 years of experience across Philanthropy and Finance, Priyaka has managed the social impact portfolio of Amit Chandra (Chairman Bain Capital India and Forbes Asia Philanthropy Hero) over the last decade and went on to set-up their family foundation, which is today among the largest grantmaking bodies in India.

She was nominated as a drafting committee member for the creation of India’s National Social Stock Exchange (Ministry of Finance) and also contributed to the recommendations for India’s National CSR Policy (Ministry of Corporate Affairs).  Her profile was chronicled in Rockefeller Foundation’s ‘Women Leadership in the Development Sector’.

In regional roles, she has been an advisor with Essilor Singapore for their Social Finance project and was a member of the senior advisory panel for Ashoka Changemakers’ regional accelerator programme.

She holds a Masters in Business Administration from Management Development Institute, India and has done executive education from Harvard Business School in Nonprofit Management and Oxford University in Social Finance. Stacey is Director at the Asia Philanthropy Circle since August 2016, working with leading Asian philanthropists on furthering their strategic philanthropy in the region.  She served as the Membership Services Director at the Asian Venture Philanthropy Network for 4 years before her last role as Director of Policy Engagement.  She spent three years in China as the marketing director of a boutique Italian consulting company, specialising in communications, events management, market research and strategy.  In Singapore, she was responsible for regional incentive and rewards programmes at Intel Corporation, and prior to that, Stacey worked in the government sector on nationwide campaigns relating to social cohesion and national identity.

Stacey holds an MA in Social Anthropology of Development from SOAS, University of London, and a BA in Political Science and English Literature from the National University of Singapore.  She is a 2019 Asia Foundation Development Fellow, and has also co-founded a Lean In chapter for professional women interested in social issues in Singapore. 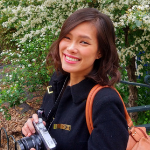 Theresa joins Asia Philanthropy Circle as Manager for Communications and Programmes in January 2021. Prior to her appointment at APC, she has worked largely in international, non-profit environments in her dedication towards making a difference in the world.

Her previous roles include managing the communications desk for the Asia-Europe Meeting (ASEM), an intergovernmental dialogue, under the Public Affairs Team at the Asia-Europe Foundation. She also headed branding, communications, and marketing at the VIVA Foundation for Children with Cancer, Impact Investment Exchange, the Singapore Committee for UN Women, and helped develop engagement strategies for the Cultural Exchange team during its inception years at the Singapore International Foundation. She began her career at the Konrad-Adenauer-Stiftung (Manila), working on its local government, political party reform, and Mindanao Peace Process portfolios. 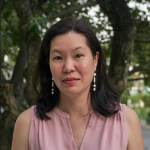 Van is a partner at Raise Partners, a new collaborative consulting practice bringing together expertise to share with organisations that contribute to the betterment of humanity.

She has 20 years of experience in non-profit fundraising and programme strategy, strategic marketing and communications planning and delivery, grant writing, corporate social responsibility and citizenship, as well as donor and stakeholder engagement.

Previously, Van worked at KPMG, Saigon Children’s Charity, and East Meets West Foundation in Vietnam. Before moving to Vietnam, Van worked in non-profit organisations in the United States, including the International Campaign for Tibet, the Laogai Research Foundation in Washington DC, and ARISE Foundation, an educational non-profit in Florida that trains at-risk youth in life skills.

Van holds an MA in Southeast Asian Studies from the University of Wisconsin-Madison. Originally from Chicago, Van has been based in Vietnam since 2007.